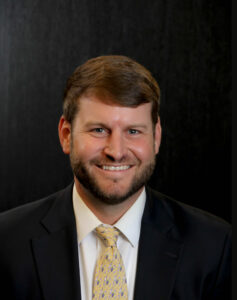 Andrew Forbes has recently rejoined the firm after nearly four years as Legislative Director for the Senate Armed Services Committee Chairman, Sen. James M. Inhofe.  In that capacity, he was directly engaged in NDAA policy and process. He was also integral in Sen. Inhofe’s work on the Environment and Public Works Committee where he helped draft and secure numerous water resources and infrastructure priorities.

In his 15 years both on and off the Hill, Andrew has developed a deep understanding of the appropriations process as well as defense, transportation, infrastructure and water resource development issues both from a staff and government relations perspective.  Andrew has been essential in helping achieve discretionary funding goals and moving projects along on behalf of several clients.  His relationships on Capitol Hill in both Chambers of Congress have allowed him to gather valuable intelligence and effectively advance clients’ agendas.

Previously, Andrew served as a senior legislative aide in the House where he managed multiple issue portfolios including appropriations, transportation, defense, energy and judiciary.  He began his Capitol Hill career working for the House Transportation and Infrastructure Committee where he spent two and half years and had the opportunity to work on the 2005 highway bill (SAFETEA-LU) as well as on aviation policy directly under former Aviation Subcommittee Chairman, John Mica (R-FL).