From Environment and Energy Daily… 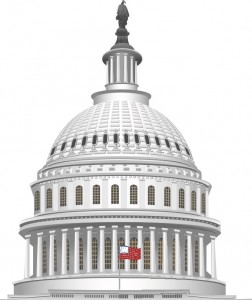 Mulvenon, who spent 11 years working for Reid, including as his environmental and energy policy adviser, will be a vice president at the firm.

In a farewell email sent Friday and obtained by E&E News, Mulvenon said he was “excited about this new opportunity” at Cassidy, where he starts today.

“My time working for Senator Reid has availed me with so many opportunities to meet, work, and learn from so many of you. Thank you for helping to make the time so rewarding,” Mulvenon wrote.

Kai Anderson, Cassidy’s CEO and a former deputy chief of staff for Reid, has known Mulvenon for years. Anderson said in an interview with E&E News that Mulvenon was “a detail-oriented staffer” and would be a vital asset for the firm.

“He is on the policy circuit, which is pretty valuable for clients in a time of uncertainty with a new administration. He can help put together pieces of legislation that can work,” Anderson said about Mulvenon.

Before serving as a policy adviser for Reid, Mulvenon worked on energy and environment, as well as agriculture and natural resources legislation for the Senate Democratic Policy Committee. He also has been a legislative aide in Reid’s personal office.

Mulvenon earned bachelor’s degrees in history and political science from Xavier University and a master’s degree in legislative affairs from George Washington University.

Cassidy is one of the top-earning firms on K Street. The lobby shop has brought in $9.07 million in fees so far this year and represents the biofuels group Fuels America, Intel Corp. and Microsoft Corp., according to the Center for Responsive Politics, a campaign finance watchdog.

Reid is retiring after the current Congress wraps up. Sen. Chuck Schumer (D-N.Y.) will replace him as Senate Democratic leader.