Former Congressman Nick Rahall of West Virginia has joined Cassidy & Associates as a Senior Advisor. A centrist Democrat, he represented West Virginia’s Third District and was the dean of state’s congressional delegation serving for 38 years from 1977 to 2015. 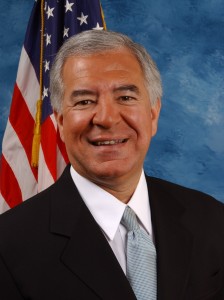 A quarter of the bills he sponsored while in Congress related to public lands and natural resources. As Chairman, he worked to honor the Committee’s charge of serving the natural environment, wild lands, scenic vistas, fish and wildlife, Native Americans, and the public interest.

“We are pleased to have Congressman Rahall on board and the opportunity to rely on his expertise and network as we work to broaden our practices related to natural resource, public lands, transportation and infrastructure issues,” said Cassidy CEO Kai Anderson.

Kai added, “As a well-regarded leader with a track record of balancing conservation and development, Congressman Rahall knows the trends and players and can help us build on our success and capabilities in variety of pursuits.”

Congressman Rahall noted, “Cassidy has a top-notch team. I know firsthand of its impeccable work and how they work effectively to educate and empower Washington with the facts, insights and strategies so the government can make well-informed decisions.”