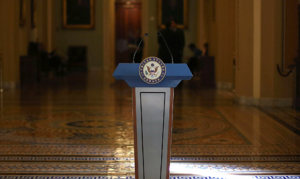 “Russ Thomasson enjoys the respect and admiration of Senators and staff on both sides of the aisle as a professional who gets things done on the Hill. He has been at the table providing Senate leadership advice and counsel during his 15 year tenure on Capitol Hill and we are thrilled he is joining our team,” said Cassidy & Associates Co-Chairman Kai Anderson. “Russ is well known and widely respected as a substantive, creative, and effective problem solver.”

Cassidy Co-Chairman Barry Rhoads added, “Russ has proven he knows how to get things done, how to make Washington work. That’s the first-hand knowledge that’s going to benefit our clients and essential to our success in delivering results.”

Russ has served on Sen. Cornyn’s staff since 2003 and as Chief of Staff in the Republican Whip Office for the past three years. As the Majority Whip’s Chief of Staff, he developed and implemented legislative and policy strategies as part of the Republican leadership team as well as conducted negotiations with Members, senior staff, and committees. Roll Call newspaper has repeatedly recognized Russ as one of Capitol Hill’s top 50 staff members including in 2013 and 2014. Earlier Russ served as Sen. Cornyn’s Legislative Director and Legislative Assistant.

Russ noted this year is especially significant to join the firm, “Forty years is a long time for any company to keep its leadership spot, and I’m impressed by the Cassidy team now, more than ever, and the standard it sets today for client service. I’m eager to get started.”

Prior to his work for Sen. Cornyn, Russ served as a Legislative Assistant to U.S. Senator Bob Smith (R-NH) and as an Intelligence Officer in the U.S. Air Force.

Russ earned a master’s degree in Russian Studies from Indiana University and a bachelor’s in Mechanical Engineering from Kansas State University.