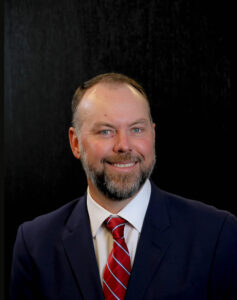 Charles brings more than a decade of successfully drafting and advancing public policy on Capitol Hill to his position as Senior Vice President at Cassidy & Associates. His keen awareness of issues combined with his technical and political skills have helped him create meaningful solutions to some of the nation’s public policy challenges.

Charles led negotiations for Senate Republicans on Public Law 113-121, the Water Resources Reform and Development Act of 2014 (WRRDA), serving as a senior advisor to then Ranking Member Sen. David Vitter (R-La.) on the Senate Committee on Environment and Public Works. That was the first authorization bill for the Army Corps of Engineers in seven years. Charles’ work was so crucial to the bill’s success that Chairman Jim Inhofe (R-Okla.) brought him back to the EPW committee to help pass the Water Infrastructure Improvements for the Nation (WIIN) Act in December 2016.

His tenure on Capitol Hill also includes work on the successful passage of the two most recent highway reauthorization bills known as the FAST Act and MAP-21.

Before joining Cassidy, Charles served as Majority Senior Water Resources Policy Advisor for the EPW Committee and prior to that worked as a senior advisor to then Chairman Vitter of the Senate Small Business and Entrepreneurship Committee. Charles also served at the EPW Committee during Senator Vitter’s tenure as ranking member, from 2012 to 2015, and from 2011 to 2012 on the Transportation and Infrastructure Subcommittee. He served in various roles before that in Sen. Vitter’s personal office.