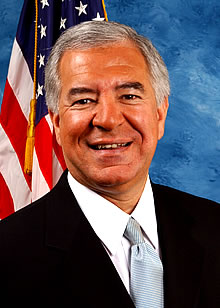 Former Congressman Nick Rahall represented West Virginia’s Third Congressional District. He served as the Ranking Member on the House Transportation and Infrastructure Committee, and also served as Chairman of the House Natural Resources Committee from 2007 to 2011.

First elected in 1976, he served nineteen terms in the U.S. House of Representatives and is recognized as the youngest-elected, longest-serving Member in the history of the House. As the longest serving Member of the House Transportation and Infrastructure Committee, he was a leader in every Federal Highway debate since coming to Congress. He worked to build and repair the nation’s highways and bridges, improve and modernize airports, and provide critical water, sewer systems and flood control projects throughout West Virginia and the Nation.

A quarter of the bills he sponsored while in Congress related to public lands and natural resources. As Chairman of the Natural Resources he worked to honor the Committee’s charge of serving the natural environment, wild lands, scenic vistas, fish and wildlife, Native Americans, and the public interest. 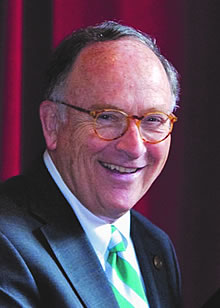 Rob Gleason is a government relations consultant for Cassidy & Associates. Over the course of his successful career, Rob has held a number of high-profile positions at both the state level in his native Pennsylvania and at the national level.

Notably, he served as Chairman of the Republican Party of Pennsylvania from June 2006 to February 2017. While Chairman, Rob helped lead President Trump’s successful 2016 campaign in Pennsylvania– the first time the state’s electoral college votes went to a Republican in 28 years.

Rob attended the United States Air Force Oﬃcer Training School and served on active duty from 1962-65. He then entered the Air Force Reserve and left in 1972 as a Captain. He was appointed by President Donald J. Trump to serve as a member of the Board of Visitors for the Air Force Academy. Rob is graduate of the University of Pennsylvania where he served as a trustee for 15 years.

Rob is married to Jeanne Adamson and they have 4 children and 8 grandchildren.