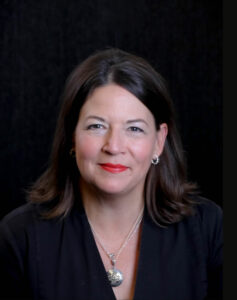 Julie is an Executive Vice President at Cassidy & Associates, providing clients key insight on how Washington works from her more than 20 years of experience in government, politics and the private sector. She joined Cassidy after serving 11 years as chief of staff to Congresswoman Doris Matsui where she earned a reputation as one the hardest working and most effective senior staff members on Capitol Hill.

She distinguished herself as a leading presence on a diverse set of issues from energy to tech to healthcare and was responsible for a substantial portfolio of work for Congresswoman Matsui, who served as a senior member of the House Energy and Commerce Committee. Her work also included assisting the Congresswoman in the drafting and passage of the Affordable Care Act (ACA) while on the committee.

Julie has a first-hand understanding and impressive legislative skill in the top issues of the day including renewable energy, smart grid, cyber security and autonomous vehicles. She gained particular appreciation for how government can encourage clean energy and 21st Century manufacturing through Congresswoman Matsui’s work as co-chair of the Sustainable Energy and Environment Coalition (SEEC).

During her tenure on Capitol Hill, Julie played an integral role in securing nearly $1B in funding to reinforce infrastructure in safeguarding Sacramento from flood risks as well as federal transportation dollars for a new rail yard.

She began her career in the Clinton Administration, working for Secretary Dan Glickman at the Department of Agriculture and then as special assistant to President Clinton at The White House. Following the Administration, she helped Terry McAuliffe navigate his successful run for Democratic National Committee Chairman and later served as his chief of staff.  Prior to becoming Congresswoman Matsui’s chief of staff, Julie was senior director for government affairs at the Mortgage Bankers Association.

Julie is a member of the Cherokee Nation and was honored by the tribe in 2017 when it recognized her with its Statesman Award for “significant contributions for statesmanship, patriotism, community leadership and devotion to the Cherokee Nation.”

She earned a bachelors degree in communications from the University of Arkansas.