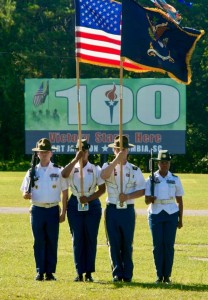 The Greater Columbia Chamber of Commerce, a Cassidy client for more than a decade, is marking a special partnership with the U.S. Army as Fort Jackson kicks off its month long centennial celebration.

The partnership started in 1917 when the Chamber raised $50,000 to purchase the Hampton Estate, contributing one thousand acres to what the federal government had already purchased for the fort. Last week, the five millionth soldier graduated basic training in its Centennial Battalion.

Cassidy’s BRAC practice has represented the Chamber since 2004, assisting it in building and strengthening key partnerships on the federal, state and local levels that support Fort Jackson and its community. As a part of this representation during the 2005 BRAC round, Fort Jackson gained over 600 new jobs and significant new missions. Columbia’s mayor at the time Bob Coble called the 2005 BRAC campaign, “The largest economic development win in the history of the Midlands.”