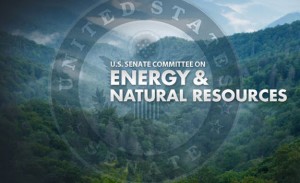 Bloomberg BNA talks to Cassidy Vice President Kaleb Froehlich as it takes an exclusive look at the Senate Energy and Natural Resources Committee and what’s ahead next year when a new Congress starts its work.

The major energy bill currently in conference remains a priority on all sides to get to the president’s desk in the lame duck, former and current Senate energy committee aides and observers told Bloomberg BNA.

But under a Murkowski chairmanship, some issues from the bill could be revisited in another energy bill in 2017.

“Sen. Murkowski feels like this was certainly a good step forward,” Kaleb Froehlich, former senior counsel to Murkowski on the Senate energy committee and now vice president at Cassidy & Associates in Washington, told Bloomberg BNA, referring to the energy bill (S. 2012). “This shouldn’t be a once-in-a-decade exercise.”

Froelich said areas where Murkowski sees room for improvement or some major issues such as permitting reform in the energy bill, could be revisited in 2017.

Murkowski may also look to focus on additional priorities more intensely in 2017. Western water issues, oil development in the Arctic National Wildlife Refuge and a funding fix for firefighting are all also possibilities for her agenda, Froelich said.