Preparing for the Next Base-Closure Round 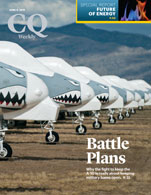 CQ Weekly talked to Cassidy Co Chairman Barry Rhoads for its cover story this week, Battle Plans: Preparing for the Next Base-Closure Round, here’s an excerpt:

The threat of base closures appears to be becoming more real. While Congress has for the past few years united to block the Pentagon’s effort to launch another politically fraught round of base realignments and closures, known as BRAC, the political winds may be shifting. The pressure of austere budgets, combined with an improved economy, means that more voices on Capitol Hill are acknowledging that base closures may be inevitable in the near future.

As budgets tighten and the Army and Air Force try to become leaner, more cost-effective forces, many once-mighty and thriving bases are seeing their populations plummet. That’s leaving buildings, barracks and hangars empty, making these bases tempting targets in any future BRAC round.

For some, BRAC could be an opportunity to attract new missions to their bases, including those that have been depleted of duties and personnel.

Take Fort Knox in Kentucky, a historic installation that has lost 40 percent of its military population since 2013, when the Army eliminated the base’s brigade combat team. With its 100,000 acres of ranges and maneuver areas, Fort Knox is a valuable military asset east of the Mississippi that would likely never close.

“You only get so many maneuver acres,” says Barry Rhoads, a veteran BRAC lobbyist at Cassidy and Associates who recently signed on to represent nearby Fort Campbell. “You don’t get that back ever again, no matter where it is,” he adds.

For the communities surrounding military bases, a formal round of base closures — with the benefits of an independent commission and a public appeals process — may be much more preferable to what many fear could become an ad hoc back-door BRAC.

“Communities always felt in a BRAC they were getting a fair shot to make their case,” Rhoads says.