On Monday EPA rolled out its final rules for carbon emissions from new and existing energy generation facilities. Cassidy’s team has been tracking these rulemakings closely since the drafts were released in 2013 and 2014 and 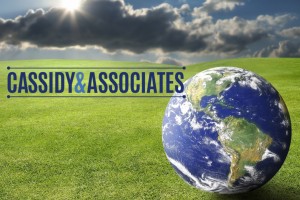 The rules are designed to regulate the carbon output of U.S. fleet of electricity generation capacity powered by fossil fuels, both gas and coal, and only over a certain size. However, practically all aspects of the electricity sector are affected by the rule because non-fossil assets and efficiency activities are eligible to generate Emissions Reduction Credits (ERCs) in order to help states offset the carbon outputs of their fossil fleet. Combined, the final rules and their supplemental documents total about 4,000 pages of analysis, guidelines and legal justifications that are now being absorbed and assessed by the vast stakeholder community in Washington and the broader U.S. electricity sector. Cassidy has selected highlights from the rule that have not yet been acknowledged by the media below:

CHANGING STATE GOALS: The state-by-state goals for carbon emission rates in the final rule for existing power plants are not identical to what was offered in the 2014 draft. Some state’s goals are more stringent and some are less. However, EPA has also changed its definition of “affected energy generation unit” and modified the types of technologies that can help a state generate emission rates credits (ERCs) to offset their carbon outputs. Therefore it is difficult to make an apples-to-apples comparison to the state obligations under the draft rule. Overall, the lowest rate-based state goal is 771 lbs of CO2/MWh, while the highest is 1,305 lbs/MWh. In absolute terms, Connecticut, Idaho, Maine and California have the least improvement to make in their emissions rates. Montana , the Dakotas, Illinois and Kansas have the most work to do.

WHAT ABOUT PROGRESS MADE FROM 2012-2022? Energy savings or alternative energy measures of any kind installed in any year after 2012 are considered eligible measures to help offset a state’s carbon outputs under the final EPA rule, but only the megawatt-hours of electricity generation or electricity savings that they produce in 2022 and future years, carefully quantified and verified, may be applied toward adjusting a CO2 emission rate.

DID NATURAL GAS REALLY GET THE SHORT END OF THE STICK? Much of the early press coverage of the final rule for existing power plants makes it seem like natural gas is in a much worse position than it was under the draft rule. But in fact, the amount of credit to be earned by converting to natural gas stayed the same. The cleaner the gas plant, the more it can contribute to achieving a state’s CO2 reduction goals. What changed was the EPA’s projection about how much natural gas is likely to contribute to the national 2030 carbon reduction goals. This projection does not affect state’s abilities to be bullish on new natural gas and coal-to-gas switching on its way to compliance.

TRANSMISSION COUNTS: Improving transmission efficiency is an emissions reductions pathway blessed by EPA in the final rule. EPA specifically names measures that reduce line losses and conservation voltage reductions as eligible actions to improve a state’s CO2 emission rate. To be eligible, transmission & distribution measures must be installed after 2012.

FEAR THE FIP? If states refuse to craft their own state implementation plans by the September 2016, they will be subject to a Federal Implementation Plan (FIP) cooked up by EPA. This is in keeping with how the Clean Air Act functions for other airborne pollutants, and states historically tend to try to avoid implementation of a FIP at all costs. At this time a handful of states are playing with the “just say no” option championed by some opponents to the Clean Power Plan. EPA offered a preview of the FIP on Monday which may well agitate non-compliant states more than anything they could come up with on their own: EPA would implement a federally-enforced carbon trading program for Emissions Reductions Credits – essentially the return of cap-and-trade – and levee it directly against electricity generators and utilities, who are unlikely to skirt a legal obligation from the federal government.

WASTE HEAT TO POWER GETS ITS DUE: In a departure from the 2014 draft rule, EPA specifically called out waste heat to power, a process of capturing heat wasted by industrial processes to create electricity, as a type of zero-emission compliance technology. In the 2014 draft rule, WHP was never mentioned. A megawatt-hour of generation from WHP will be provided full credit as an emissions reduction strategy if states deploy or expand WHP projects within their border.