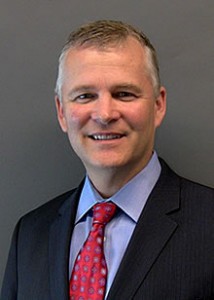 Russ is an Executive Vice President at Cassidy & Associates where he develops and deploys legislative strategies that are specifically tailored to keep clients fully and successfully engaged in Washington at the highest levels of government. Russ joined Cassidy in August after serving three years as Chief of Staff to Senate Majority Whip John Cornyn as part of a 15-year tenure on Capitol Hill that Senate Majority Leader Mitch McConnell said was “incredibly effective” and Russ was “an invaluable member of (the Senate leadership) team.”

Russ has served on Sen. Cornyn’s staff since 2003 and as the Majority Whip’s Chief of Staff, he developed and implemented legislative and policy strategies as part of the Republican leadership team as well as conducted negotiations with Members, senior staff, and committees. Roll Call newspaper has repeatedly recognized Russ as one of Capitol Hill’s top 50 staff members in its annual list. Earlier Russ served as Sen. Cornyn’s Legislative Director and Legislative Assistant.

Prior to his work for Sen. Cornyn, Russ served as a Legislative Assistant to U.S. Senator Bob Smith (R-NH) and as an Intelligence Officer in the U.S. Air Force.

Russ earned a master’s degree in Russian Studies from Indiana University and a bachelor’s in Mechanical Engineering from Kansas State University.