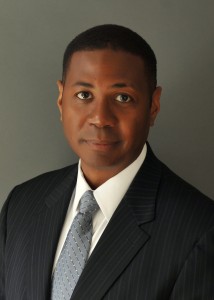 Vern is a Senior Vice President at Cassidy and Associates and specializes in working on behalf of defense policy and procurement stakeholders to help them secure federal funding and promote their issue-specific needs in Washington. He brings U.S. Department of Defense budget, acquisition, and resource management expertise to bear on behalf of Cassidy & Associates’ clients. Combined with his organizational, financial, and strategic planning capabilities, Vern is an excellent asset to our clients.

He came to Cassidy and Associates following a distinguished military career where he served in a variety of leadership and financial positions across all levels of the U.S. Air Force. In his most recent assignment, he served as Deputy Chief of the U.S. Air Force Budget and Appropriations Liaison Division where he worked with Members and staff of the House and Senate Appropriations and Budget Committees in order to promote the legislative priorities of the Secretary of the Air Force and Chief of Staff of the Air Force. In this role, his primary responsibility was to garner support for the $117 billion Air Force budget called for in the President’s Budget. Vern also held the position of Assistant for Congressional issues in the U.S. Air Force, Budget and Appropriations Liaison Division with responsibilities for science and technology, medical, and information technology issues.

Formerly, he served for two years as the Budget Director of the Air Force Materiel Command, Wright-Patterson AFB, Ohio, where he was responsible for a budget of $26 billion in appropriated funding which supported 85,000 personnel at 10 major installments.

Earlier in his career, Vern held other notable positions including Commander of a 50-person Air Force Comptroller Squadron at Seymour Air Force Base, North Carolina; U.S. Air Force Budget Analyst at the Pentagon; and several other prestigious positions. He attained Top Security Clearance during his tenure with the Air Force.