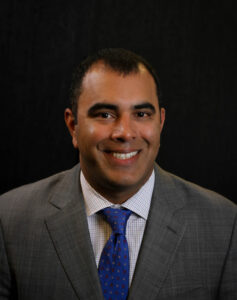 Zak Baig recently joined Cassidy & Associates as a Senior Vice President, where he will use his deep knowledge of policy and his significant political and legislative experience to advance client’s priorities on issues related to clean energy and natural resources.

Zak comes to Cassidy from the ClearPath Foundation, where he was the Managing Director for Government Affairs. During his time at ClearPath he worked with Congress and the administration to pass several pieces of clean energy legislation including the Carbon Capture and Utilization Tax Credit, Nuclear Energy Innovation Capabilities Act, and the Nuclear Energy Innovation and Modernization Act.

Prior to his time at ClearPath, Zak worked in a variety of positions for Senator Vitter for 14 years, spanning Senator Vitter’s time in both the House and the Senate. During that time, Zak served as Staff Director of the Committee on Environment and Public Works under Chairman Vitter and the Staff Director of the Committee on Small Business and Entrepreneurship.

Zak graduated from Syracuse University in 2002 with a major in communications and a minor in political science.